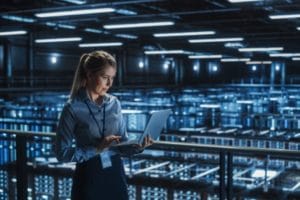 Written by: Vikram Navali,Senior Technical Product Manager - One year after the SolarWinds supply chain attack, the cyber attackers are charging up with new tricks and campaigns. The threat groups are increasingly targeting unsecured cloud users via cloud solution providers (CSPs). Most start with credential theft, stealing credentials or access keys via phishing attacks and deploying malware that picks up usernames and passwords.

Some challenges and opportunities exist in front of the defenders. The discussion below examines an attacker’s journey and intended operations in the attack life cycle.

The threat actors used some of the tactics below in their attack journey towards targeting Cloud Service Providers.

Threat actors have tried to gain an initial foothold into the network by leveraging remote access mechanisms from external locations. Threat groups in their campaign have used a local virtual private network (VPN) account and performed reconnaissance. The research also reveals that the threat actor obtained the session token from an info-stealer malware campaign by a third-party actor to gain initial access to the organization’s Microsoft 365 environment.

In the campaign, they compromised a Microsoft Azure AD account within a CSP’s tenant that held a specific Azure AD role to use the Admin on Behalf Of (AOBO) feature. The threat actors leveraged these compromised CSP’s credentials and the AOBO feature to gain privileged access to Azure subscriptions used to host and manage downstream customer systems.

Once the threat group completed the initial compromise and obtained higher privileges using AOBO/RBAC features, they moved laterally through the network, searching for sensitive data and other high-value assets. The actors compromised a customer administration account within the CSP’s environment then moved laterally towards the victim customer network using the stolen credentials and RDP.

In another incident, the actors deployed Cobalt Strike BEACON on endpoints via PowerShell scripts. The BEACON persistently installed CEELOADER (downloader that decrypts a shellcode payload to execute in memory) as a Scheduled Task that ran on login as SYSTEM on the victim’s endpoints.

How do Attivo Networks Solutions Help?

Additionally, Attivo Networks Identity Detection and Response solutions provide visibility and reduce the attack surface for identities and entitlements in the cloud. The solution helps monitor entitlements to essential cloud services across all cloud platforms such as Microsoft Azure, AWS, and Google Cloud. It provides detailed entitlement visibility for users, applications, virtual machines, containers, serverless functions, and other objects the threat groups target.

The following table lists the MITRE ATT&CK techniques observed in the threat actors’ campaigns. The table below summarizes the comprehensive coverage and how Attivo Networks solutions can address these TTPs.

Both Microsoft and Mandiant reported on UNC2652 and UNC3004 activity and linked them to the group behind the SolarWinds compromise. The report also highlights that groups can leverage third-party and trusted vendor relationships to carry out nefarious operations targeting cloud computing services. Organizations can implement active defense strategies that accelerate incident response, especially for businesses moving to the cloud.